Visiting Rome means to dip yourself in a city without time, where history can be in any corner, telling about this place, its past and its present. The Eternal City is an open-air museum, something you never finish to discover, and one year would not be enough to know it in every aspect and shade. It is not one of the largest cities of the world, but it surely is one of most complex: Rome has been inhabited since ever, surrounded by history and legends as you just have to abandon yourself and follow this city, where getting lost never is a mistake.

Visiting the ancient Rome: the most famous monuments and the hidden ones
Visiting Rome is a journey in the journey itself. You have to select the routes, the areas you prefer, but never make a precise programme. Starting from the Colosseum, for example, you get in a fantastic world to be explored in all its beauty. Worldwide symbol of Rome, the Colosseum is also known as the Flavian Amphitheatre. A few people know it is the largest amphitheatre of the world, and is the most important evidence of the ancient Rome existing nowadays. The tours take place every day accompanied by a tourist guide, but the Colosseum also has a great fascination from outside, especially if you watch it from Via dei Fori Imperiali, one of the most famous roads of the world.
It's a recent work, dating back to the Fascist period, but on its sides you can admire the remains of the four forums you can recognize thanks to the copies of the original statues of the eponymous emperors. The biggest one is the Forum of Trajan, also the most monumental one: it is the second on the right from the Colosseum, after the Augustus'. Almost without interruption, going away from Via dei Fori Imperiali towards the Colosseum, you reach the Circo Massimo, an immense structure dating back almost to the foundation of the city, where the horse races used to take place. It is 600 metres long and 140 metres large, and it is the greatest construction ever it built by the man, and it was dedicated to the shows. According to the tradition, Romulo would have inaugurated the first games to honour God Consus there. This is not the only one circus of the Ancient Rome, but the most ancient and largest, situated inside the Aurelian walls. Another, for example, is situated along the Appia Antica: it is the Circus of Maxentius, at the third mile of the street, but it seems it has never been used because of the premature death of emperor Maxentius by Constantine I, during the battle of Milvio Bridge.
From the Circo Massimo, you can see the remains of the imperial palaces built on the Palatino, one of the seven hills of Rome, probably the one where the city had origin. Recent excavations discovered some remains of houses dating back to 1000 BC. The Palatine was fundamental in the imperial era: emperor Augustus decided to live there, and you can admire his house on the south-west side of the hill. He was the first emperor who chose the Palatino as his residence, probably because he was born there, but after him, also other emperors chose this part of Rome to build their palaces: Tiberius, Nero, Septimius Severus and the Flavian dynasty built their monumental residences there, so that the hill became just one imperial complex, made of gardens and sumptuous palaces. From this hill the term “palace” comes, by the Latin word "palatium" also the name of the hill. Behind the Circo Massimo - separated by the Palatino by the Celio hill - there are Terme di Caracalla, another monumental complex on the small Aventino hill, at the beginning of Via Appia. 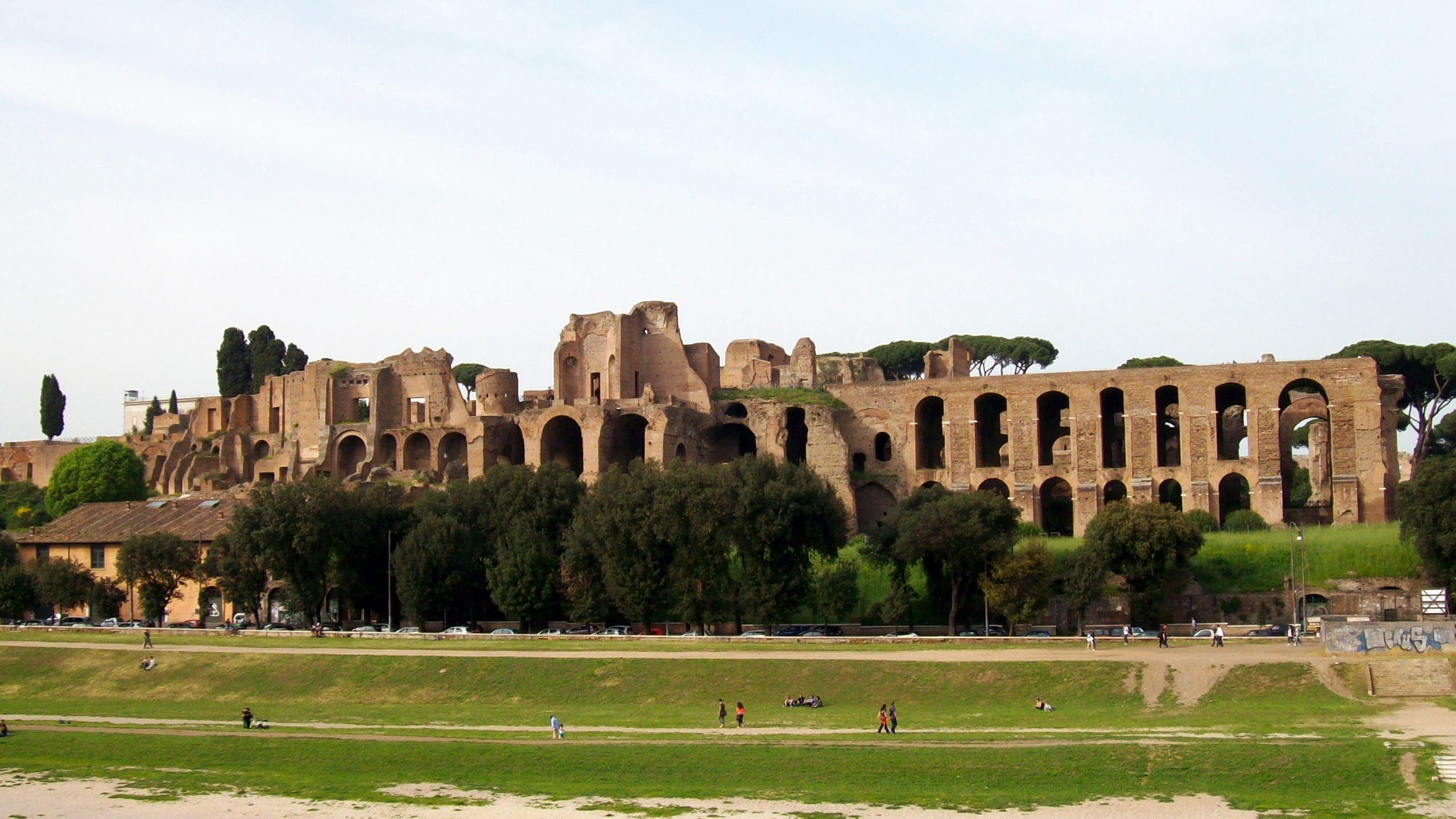 Visiting Rome: the hidden places
The monuments of the Ancient Rome are famous to everybody, and these are just some of the ones you can admire if you visit Rome, as we should define this city a no-limits museum. However, fortunately there are also some aspects of Rome not so famous, the little secrets hidden in the heart of the city, often surrounded by a fascinating aura of mystery. Among the most beautiful and lesser-known corners of Rome there is the Clivio di Scauro, you can reach by feet from the Circo Massimo. Is an up-scent leading to the Celio hill. It is an ancient road has never changed its face by the millenniums: dating back to the imperial period - probably to the first century B.C. - and it was restored without modifying its architecture during the Middle Ages. It arches in tile still adorn the entrance and they make a part of the complex of the Roman houses on the Celio, less known then imperial palaces of the Palatino, but beautiful as well. It seems Saint Giovanni and Paolo lived there, as the church on the hill is dedicated to them.
Walking in the heart of Rome, the Vicolo della Spada d'Orlando deserves a visit: a curious name for a road, but characterised by a very precise meaning. There are two legends connected to the broken column, and both dating back to the mythical Durlindana sword of the Raging Roland. It is not known if the column got broken by the paladin of Charlemagne, but what is evident is the cut above it. This column is probably the remain of the Temple of Matidia, built by Hadrian in 119 A.D. If the surface of Rome is a series of emotions and discoveries, the same can be said about its underground. There are many routes you will want to visit in the Eternal City. What we see nowadays is often the result of stratifications over the centuries and millennia, but below Rome there is another city, there are the remains of ancient roads and buildings that archaeological excavations frequently discover. An example is the new station of the underground in San Giovanni, inside the ancient constructions have been preserved and protected, making the station a museum. Under Rome, there are the hypogeums, like the one in Via Livenza, or the columbarium of Pomponio Hylas, and the Auditorium of Mecenate, from the first century B.C.

All these places and many others are easily reachable from the Hotel Cosmopolita, in the heart of Rome: an elite place, where to find the necessary relax a few steps from the main attractions of the Eternal City.