If Saint Peter's Basilica is one of the symbols of the city of Rome, its underground are equally fascinating but less known. Visiting them is a one-of-a-kind experience that allows you to understand an aspect of the history of the capital nobody can imagine. Here you are a small guide to the underground of St Peter's Basilica. 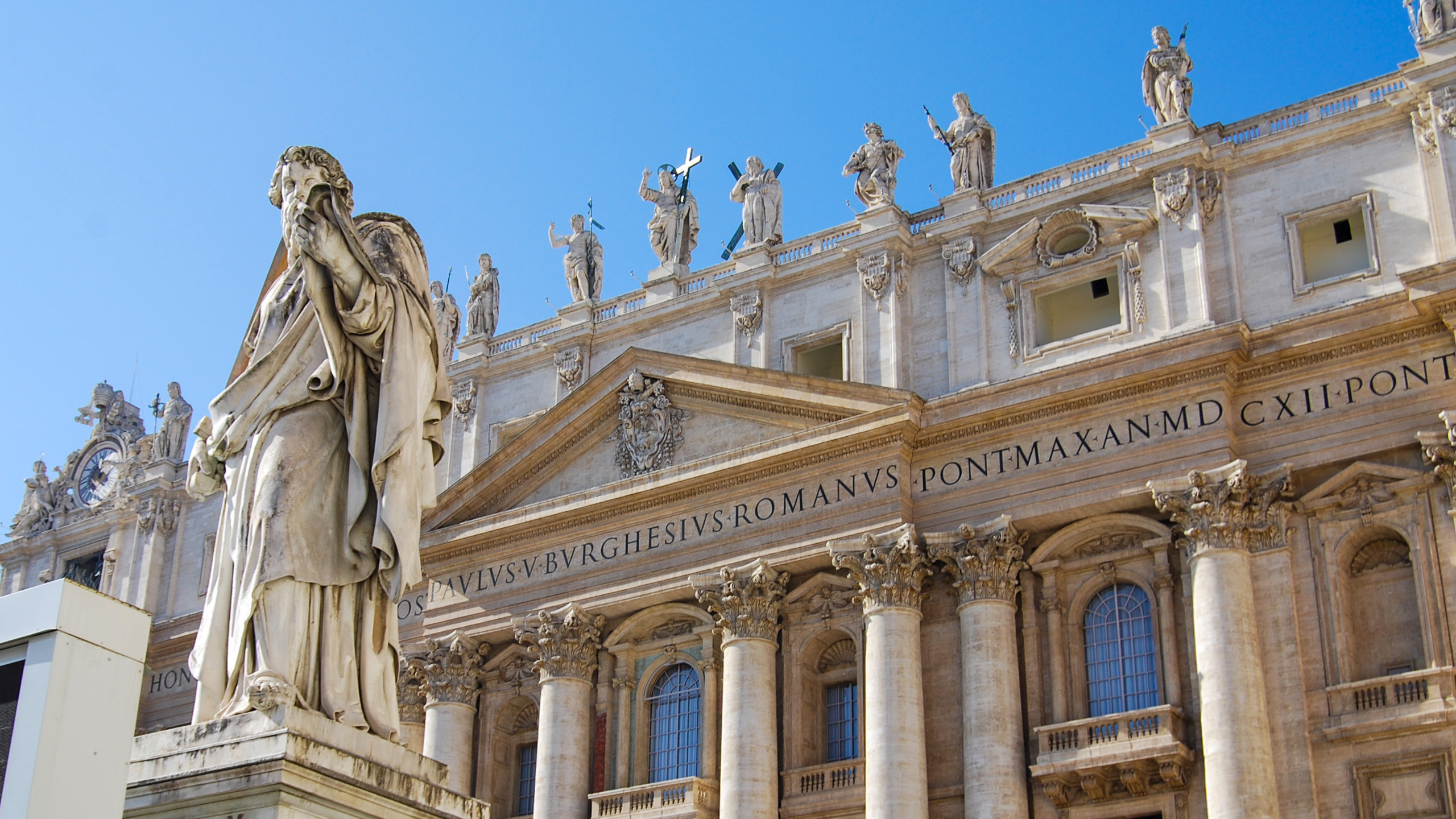 THE NECROPOLIS OF THE BASILICA'S UNDERGROUND
Under the huge Basilica of San Pietro, an ancient necropolis was discovered, by chance, in 1939. At that time, Pius XII was the pope and he wanted renovate some rooms below the surface of the church for his future burial. But the environments were too small and so it was decided to enlarge the excavation to increase the volume of the room that would have hosted the tomb. In this way, this huge area was discovered: in the past, it had hosted the burials of the Christian believers of Rome, probably since the age of the Christian persecution.
The necropolis has a very area and it has a central nave for the walkway, and two rows of burial buildings, each one hosting many cells. Unlike other cemeteries on the Roman territory, fairly stark, the necropolis of Saint Peter's Basilica offers the visitors the wonderful spectacle of walls decorated with paintings even polychrome mosaics. The arrangement of the graves dated between the 2nd and the beginning of the 4th century A.D. proceeds from West to East and it covers a small slope which had been filled to make some space for the construction of the Basilica, over the years.
It is very probable below this slope there still is much more to discover, but the technicians obviously are evaluating the best solution to proceed with the excavations, without compromising the stability of the building. Within necropolis, you can breathe a very peculiar atmosphere, also because of the twilight created by the conformation of the underground environments.

THE TOMB OF SAINT PETER IN THE UNDERGROUND OF THE BASILICA
The top of the tour is the tomb of the saint giving the name to the Basilica. During the excavations of the structure's basement, the archaeologists found a tomb, separated from the others by a so-called "respect" wall, with a series of other tombs facing the main one. The wall was covered by red plaster on which several sentences were engraved, all referring to Peter, Christ, and Mary. The archaeologists soon realized they were in front of the red wall of the shrine of Gaius, famous by many sacred documents, built to show the presence of the tomb of Apostle Peter. Once they entered the tomb, a simple recess was discovered, containing the bones of the saint, according the vow of poverty Peter had done for all his life.
Beside the tomb, there is a small and simple altar made of small marble columns, probably to indicate the place of worship. The announcement was given by Pope Pius XII in 1950, at the opening of the Holy year. Today, the tomb still is in its original location, protected by a transparent Plexiglas box to protect it from the carelessness of visitors and the weather. Above the tomb, however, a precious Byzantine golden mosaic depicting Christ has been placed, and the tomb is perennially illuminated by the light of 99 votive lamps. The tour to the tomb of Saint Peter is definitely a very impressive experience for both believers and atheists.

A VISIT TO SAINT PETER'S BASILICA
If you visit the cellars of St Peter's Basilica it would a pity not to extend it with a tour inside the Basilica itself, one of the key places of worship for Christian religion. The Basilica is located in the centre of the Vatican City, and in front of the beautiful Piazza San Pietro, every Sunday, the believers meet to attend the Pope's Mass. Its construction was commissioned by Pope Julius II in 1506, and the works lasted for over one hundred years.
Of course, as the presence of the underground necropolis, it is easy to see it had been chosen as a place of worship already previously. Head of work alternatively were artists such as Michelangelo and Bramante, who helped to create the masterpiece that today we know very well. The Basilica has a Greek cross plan, and a very large dome visible from any point of Rome. Along the central nave, there are 45 altars and 11 chapels housing all kinds of artistic works, from paintings to sculptures.
The main facade of the Basilica is instead characterized by a colonnade of very tall columns entirely made of marble. These columns delimit what is called the "Loggia delle Benedizioni", famous for being the place from which the name of the new pope is announced each time a new one is elected.

WHERE TO STAY TO VISIT THE UNDERGROUND OF ST. PETER'S BASILICA
The tour of Saint Peter's Basilica underground definitely takes time and concentration, and if you want to discover the hidden beauties in addition to all the other places charming of Rome, you should take your time. For this reason, we suggest you to plan a vacation lasting for at least a few days, to visit all Rome offers.
For your stay, you can choose the Hotel Cosmopolita, situated in an enviable position compared to the main attractions of the city. The hotel is very convenient and comfortable and it is located right in the Centre of Rome, in a very enviable position to be able to reach any place of the city. In addition, the hotel staff will always be available to customers to arrange any kind of tours and guided tours, and to satisfy every request of guests. You can contact the hotel for more information about the structure, costs and availability of rooms.