If there is one feature astonishing everybody during a holiday in Rome, it undoubtedly is the local food and wine. The Italian capital has an extraordinary gastronomic heritage that goes beyond the classic recipes everyone knows and try to imitate. In the restaurants of the historical districts, such as Trastevere, Garbatella or Monti, just to name a few of them, it is possible to make a real journey into the typical flavours of the traditional recipes protagonists of the Eternal City's life. In addition to Her Majesty the Carbonara in Rome - perhaps the most representative dish - another distinctive element of the kitchen is fried food. There are many high quality fried foods in the menus of the Roman taverns, mainly considered as appetizers to prepare the mouth to the next meal. But which are the most succulent and delicious fried foods of Roman cuisine?

Zucchini flowers
When you talk about fried food, the first image Romans see is the zucchini flowers! This undoubtedly is one of the most popular and copied fried food of the Roman tradition, so loved that even a contemporary poet like Aldo Fabrizi dedicated one of his famous sonnets to it. The fried zucchini flowers are only apparently a simple dish, but making them correctly, in order to have an excellent final result is actually more complicated than how it seems. We do not know how this tradition exactly developed, and how it became so rooted in the Roman culture, but it seems its origin is hidden in the ancient Jewish Roman families. The real recipe of this dish - that can be considered one of the most common Roman street-food - is based on the frying of the flowers (very fresh!) in plenty of boiling oil. Then, there are various interpretations, because some recipes add Fior di latte cheese and an anchovy, others do not include any addition to it. It is very hard to define the "correct" version, so much that you often find both the proposals in the inns, just to satisfy the tastes of everybody. When you bite a fried zucchini flower, it should almost melt in your mouth, but also crack: a divine sensation, which can be experienced in most of the typical restaurants of Rome.

Carciofi alla giudia
In the context of traditional Jewish Roman recipes, the Jewish artichokes undoubtedly occupy a place of honour. It is unthinkable to visit Rome and, passing through the wonderful Jewish Ghetto of Rome, do not stop in one of its many restaurants to taste this wonderful typical dish. The ghetto of Rome is one of the oldest in the world and today is a place of extraordinary cultural encounter. Evidences of their birth are in a document of the sixteenth century and consist essentially of fried artichokes. What is the secret of so much goodness? Surely one of the peculiarities of this recipe is the type of artichoke: for this recipe, you should use only Cimaroli artichokes, also called "mammole". They are the Roman variety exclusively grown between Ladispoli and Civitavecchia, and the most quality restaurants buy them fresh every day. The peculiarity of this variant, in addition to having no thorns, is it is particularly tender. Moreover, as it has no thorns, this artichoke can be completely eaten, you don't waste anything, reason why it was chosen in the past. The secret of the perfect preparation of the Carciofi alla giudia lies in the double frying: when you bite its leaves you will taste an extraordinary crunchiness. They are a perfect appetizer but also an extraordinary side dish to accompany meat and fish dishes. 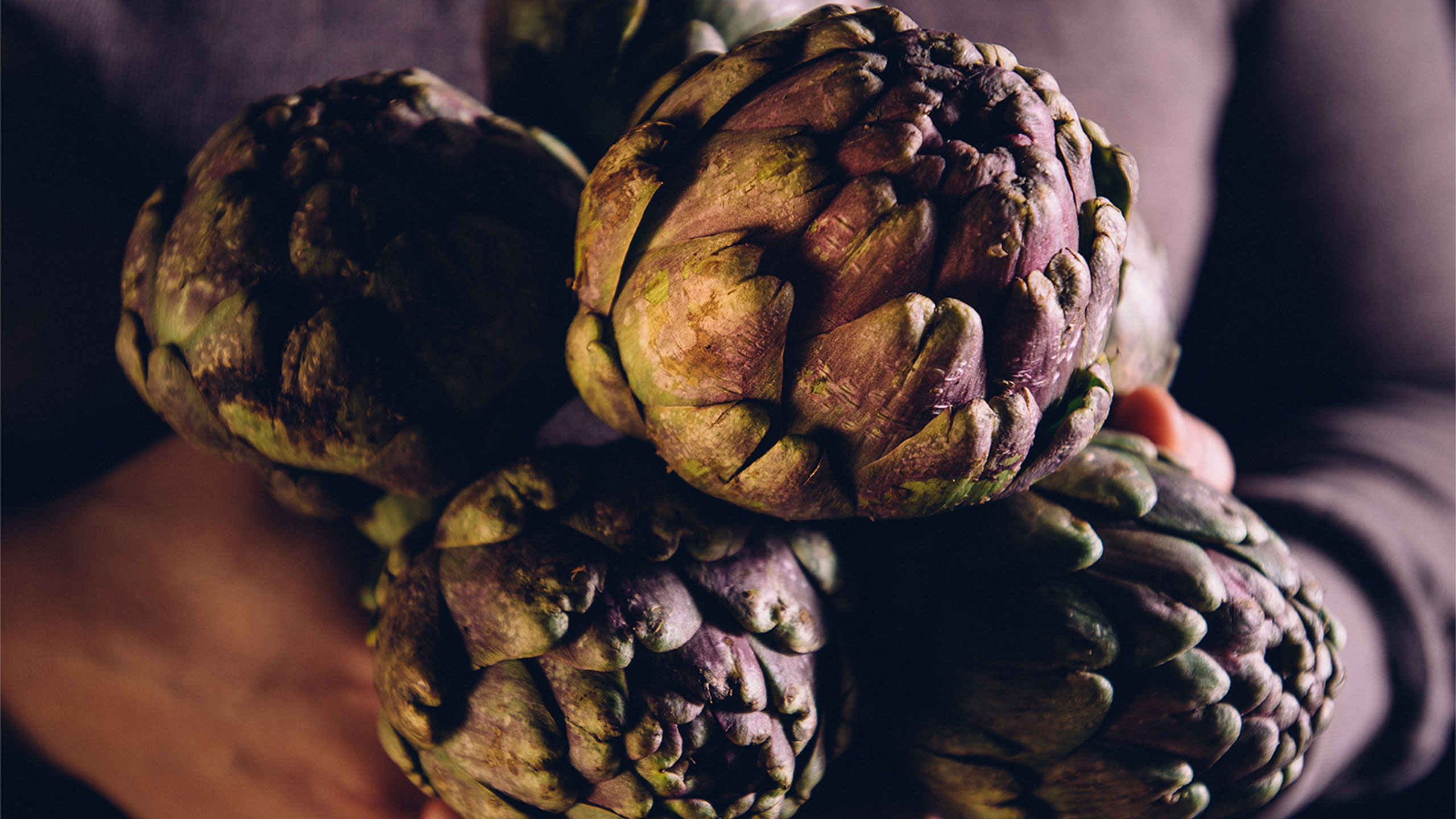 Vegetables tempura
They look like a simple and poor dish, but the vegetables tempura "alla romana" are a real local specialty, unmissable when you have lunch or dinner in a restaurant in the capital. Seasonal vegetables are used to make this dish to accompany any meal, from meat to fish. They are a great appetizer, that should be eaten by your hands - according to tradition -, just to taste the best taste. Broccoli, courgettes, aubergines, potatoes, artichokes and any other kind of vegetables currently available in the markets can be used.
For this reason, vegetables tempura are a dish for all seasons, a timeless ritual of local cuisine that unfailingly appears on all the tables of Rome during the Christmas period. According to some of the best and most known hosts of the capital, the secret for a delicious and succulent batter is in the bubbles: some use sparkling water whereas others, even to give a special and unique flavour to the dish, use beer. You can find vegetables tempura in the menu of any traditional Roman restaurant and we recommend you never miss them.

Supplì
Eating in Rome without ordering a Supplì is almost a pity! Probably, it is one of the most loved appetizers, by young and old people who go crazy for its breading and for its surprise filling. The history of the Supplì is perfectly known, because its appearance took place for the first time in one of the oldest Roman taverns, the Trattoria della Lepre, in the heart of the shopping centre, in Via dei Condotti, a few steps from the Trevi Fountain and Piazza di Spagna. One of the mistakes never to be made is to confuse the Supplì with the Sicilian Arancina: they may seem the same, but they have a different preparation and history. It has an elongated shape and a filling of rice (preferably Carnaroli type) seasoned with meat sauce and Pecorino cheese: in the past, the sauce was made with the giblets of chicken and the remains of other preparations, whereas today we prefer finest foods.
The ball of rice is then filled in with a strip of mozzarella cheese and then breaded before being immersed in boiling oil. The real Supplì has a very thin and crispy breading and it is eaten rigorously boiling, when the mozzarella cheese is still very very soft. Today, in the trattorias of Rome, you can find many variations of it: other ingredients are added to give an even stronger and tastier flavour to the dish.
From the Hotel Cosmopolita, Trattoria della Lepre is easily reachable on foot by a pleasant walk in the centre of Rome: they made the DOC Roman Supplì but, in general, there are many restaurants where you can have a lunch or a typical Roman dinner, tasting any type of fried food. Eating in Rome and not tasting fried food is like visiting the city and not admiring the Colosseum!