Rome: the city of ghosts?
It is not a secret the Eternal City hides many mystical legends telling stories about love and betrayal. After all, in this city, history is everywhere, in every street, in each stone. And it is normal some historical characters left a mark not only on history books, but also in the popular legends telling us about them, making them supernatural. Among the main tales about the ghosts of Rome, the one about Brutus is very famous: after having taken part to the assassination of Julius Caesar, he quickly tried to escape from the city, but he didn't succeed: a few kilometres away from Rome, he had to face the army led by Marco Antonio. The legend tells on the same night a ghost with the look of Caesar appeared to him: I will see you again in Filippi - he said. What's the end of the story? Brutus lost the battle and, sheltering himself in his camp, committed suicide because of the terrible regrets afflicting him. Some people tell you can hear his voice moved by the wind in the Torre Argentina still nowadays, where at the time there was Julius Caesar's curia.

The ghost of Messalina
The wife of the emperor Claudius had a defect she paid by her life: she loved debauchery, freedom and unscrupulous customs. Things the emperor didn't like, so that he decided to get rid of the woman he considered morally loose. So he hired a killer, who followed the woman till the Pincio Gardens, where he brutally killed her. Legends tell if you walk in the Pincio Gardens, near Piazza del Popolo, you can hear the supplicating voice of the spirit of that woman, forced to remain on the scene of her death forever. What is she looking for? Perhaps she is waiting for her husband to finally have her revenge. 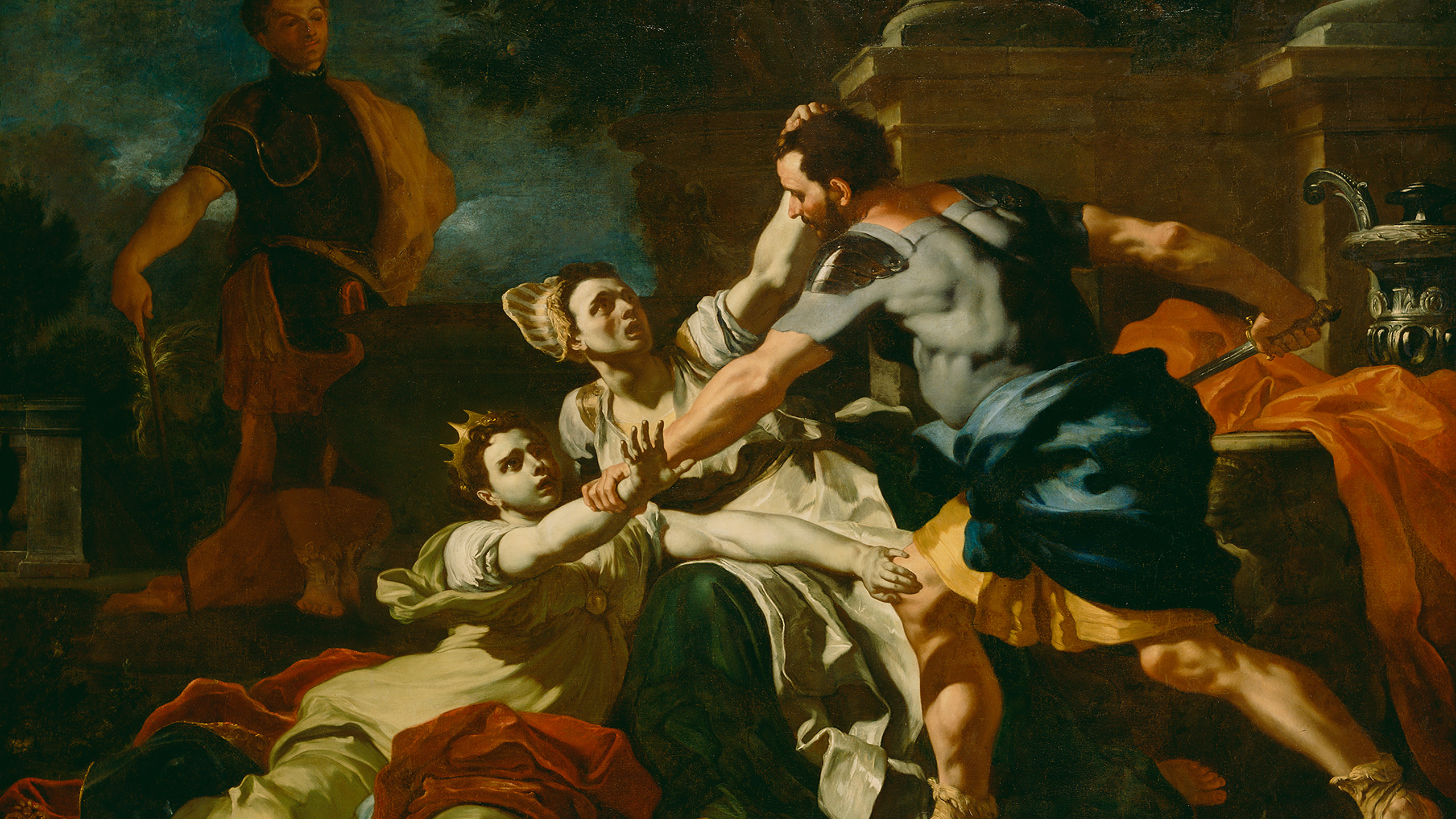 The ghost of Imperia
Reaching Villa Celimontana park, however, you can discover the place set of another Roman phantom: that of courtesan Imperia. She was painted on a canvas by Raphael himself, playing the role of the splendid nymph Galatea, and it is said during her lifetime she was a woman of rare beauty. Perhaps, that was also the reason why she became Agostino Chigi's lover, a well-known Roman banker. Although not much is known about her death, she was probably killed by Augustine's wife, who discovered the extramarital relationship and took her revenge hiring a hit man. According to the legend, Imperia is still wandering among those walls, looking for her own bones, firstly hidden in a tomb at San Gregorio Magno and then moved away. Nowadays, their location is completely unknown.

Olimpia Maildachini, the Pope's lover
Among the other women very well known by the Roman people, we can't certainly forget Olimpia Maildachini. She was born in a family of very humble origins, but thanks to her ambition she emerged from there. Beautiful, smart, opportunistic: it was said anyone who wanted to go to the Pope, had to visit her for first. Thus she had an unlimited power: she received gifts from artists, politicians, merchants and other important people. However, the Roman people did not like her, because of her humble origins, because she was born out of the city, and because of her ambitions. Very sharp comments affected her. It was said, for example, she was the favourite lover of Pope Innocent X. And, as often happens, by the death of the Pope, it was the end for her too. Everything she conquered over the years faded away in a moment: the death broke their love. Conscious of this and completely desperate, she escaped from Rome with two boxes full of golden coins.
The following Pope, Alexander VII, invited her to return the gold, but she refused and she was exiled to San Martino al Cimino, where she soon died of a plague. Obviously, she immediately became a legend ... and even a ghost. It is said, on full moon nights, Olimpia Maildachini actually comes out of her palace with the gold he had stolen, on a carriage drawn by some infernal horses, leaving a trail of fire behind her. Her ghost crosses Ponte Sisto and disappears in the waters of the Tiber, where the devils come to take and bring her to the hell. Because of this legend, that part of Via Aurelia was called Via Tiradiavoli until 1914.

Beatrice Cenci: the martyr-ghost
The most famous Roman ghost, however, is definitely Beatrice Cenci: a girl born in Rome and forced to live with a violent father condemned for sodomy against children and released because of his noble status. Tired of her father's behaviour, Beatrice decided to denounce the violence again and again, but nobody helped her. And as soon as Francesco Cenci discovered the complaints, the woman's life began a real hell. The man confined her family and her in a distant property. There, Beatrice became a lover of a vassal: together they killed Francesco Cenci during one of his visits to the estate. Because of this crime, Beatrice was tried and sentenced to death. Her beheading took place on 11th September 1599, on Sant'Angelo bridge, and the body was subsequently buried in the cemetery of San Pietro in Montorio. However, during the Napoleonic occupation the tomb was desecrated, giving rise to many legends. Many people actually swear they saw the ghost of Beatrice Cenci travelling around the places dear to her with a skull in her hand.

Lorenza Feliciani, the wife of the sorcerer
It is said this woman was the spouse of Cagliostro, a magician, but, unhappy because of his adventurous life, she denounced him to the Holy Office that finally tried him. The woman was imprisoned in the convent of Sant'Oliva in Trastevere, where she died. It is said, she appears near Piazza Sant'Apollinare, in the alleys of Trastevere, looking for her husband.